May 24th
Elayne Bennett’s Op-Ed was featured in LifeZette

May 31st
Elayne Bennett was interviewed on FOX News The Story with Martha MacCallum.

May
Orlando, FL – Elayne Bennett was interviewed on Carl Jackson Radio about Daughters in Danger: Helping Our Girls Thrive in Today’s Culture.

February
Washington, D.C. – Elayne Bennet was a guest on The O’Reilly Factor, and was interviewed on her book Daughters in Danger: Helping Our Girls Thrive in Today’s Culture.

November, 2011
Greater Washington: Give to the Max Day was November 9th, 2011.
Please Donate Next Year.

The Best Friends Foundation is a recipient of the US Department of Health and Human Services (HHS) Healthy Marriage / Healthy Relationships grant for high school youth. An important component of the grant is the focus on teen violence and abuse in intimate relationships. We would like expand our program to offer our HHS approved curriculum and Violence and Abuse Prevention Protocol to more students and teachers in the Washington, DC metropolitan area. 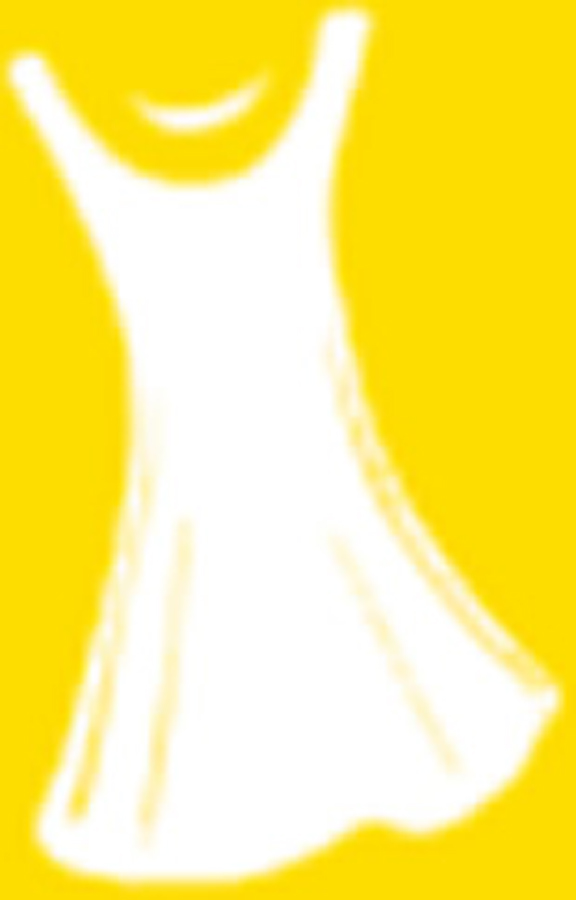 The Seminar agenda included an 11:00 a.m. performance of the “Yellow Dress” by Deana’s Educational Theater and a presentation by Best Friends Foundation Leadership students entitled “Make Music Not Madness” which promoted positive peer relationships through music and dance. The performances were followed by a question and answer period with Dr. Robert DuPont a graduate of the Harvard Medical School and a nationally recognized expert on substance abuse. Dr. DuPont is the founding president of the Institute for Behavior and Health. Lunch was provided and a workshop on Conflict Resolution and Communication Skills followed in the afternoon.

September 10th-12th, 2010
The National Youth Leadership Summit
This event was held at the National 4-H Youth Conference Center in DC and was sponsored by the HHS Healthy Relationships/Healthy Marriage grant. An expert guest speaker panel included Dr. Curtis Adams, author and psychiatrist; Judge Reggie Walton, U.S. District Judge, District of Columbia; Judge Anita Josey-Herring, Associate Judge of the Superior Court of the District of Columbia; Seth Leibsohn, Producer/Director of Research “Morning in America” radio talk show and Claremont Institute Fellow; Seth’s wife Elaine Leibsohn, an expert in community relations/strategic partnerships and a featured speaker at numerous national conferences; and Kyle Mims a former Best Men member and graduate of Temple University in 2010. There was also a dance for leadership students on Saturday night. Some topics addressed at the summit included: Benefits of Healthy Relationships and Marriage, Drugs and Alcohol, Dating Violence, and AIDs and STDs.

May 13th, 2010
The 2010 Foundation Annual Fundraising Event
Held Thursday evening May 13th at the Four Seasons Hotel in Washington, DC. You can go to the event web page to view details of this year’s event. Please plan to attend next year.

The Best Friends Foundation expresses our heartfelt appreciation to all who attended and donated to benefit our services to youth. We especially wish to thank these donors: 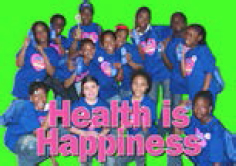 December 13, 2008
Holiday Party
The Holiday Party for Best Friends and Best Men mentors and the College Council students was held on Saturday, December 13th at Catholic University. Christmas came early for the Metropolitan Leadership Choir, Best Men Leadership Step Team, and Diamond Girl Leadership Dance Troupe as they performed at the Angel for a Day celebration on the campus of Catholic University of America in Washington, DC. Approximately 500 children from area schools enjoyed a fun-filled afternoon of carols, games, and activities. A highlight was a Secret Santa room where approximately 1000 toys were distributed.

Sponsored by the DC Young Men’s Leadership Team, the fifth annual holiday event brought smiles to the faces of all who attended. Special guest Bishop Martin D. Holley of the Archdiocese of Washington DC commended the young people for their hard work and spirit of service and expressed his gratitude to those who “gave so generously of their time and effort to provide such joy and hope to the young children.”

This is the 3rd year of our Stop the Madness panel on the importance of healthy relationships and prevention of alcohol and drug use, sex, and violence among adolescents. The panel included community leaders from the Metro D.C. area who share a concern for today’s youth. The panel discussion was followed by a production of Make Music Not Madness, which aims to promote among our youth “music” activities which enrich, inspire and uplift instead of “madness” activities which degrade, depress and lead to danger.

May 9, 2008
The 2008 Foundation Annual Fundraising Event
Held Friday evening May 9th at the Marriott Wardman Park Hotel in Washington, DC. Entertainers were Marilyn McCoo & Billy Davis, Jr. (original members of the 5th Dimension), The Drifters and Chuck Brown. Donors and guests enjoyed dinner, dancing and fun at what has been called “Washington’s best party.” The Foundation is very grateful to all donors and guests for their generosity and attendance. See a .pdf file with pictures/info from the event.

July 22-25, 2007
Youth Leadership Summit
Washington, DC – Youth and adult men tors from Washington, DC and across the nation participated in the Best Friends Foundation’s third annual National Youth Leadership Summit – Today’s Leaders, Tomorrow’s Future at the Marriott Wardman Park Hotel, July 22-25, 2007. Over 150 youth leaders attended this national leadership summit to hear from presenters and engage in discussions that address the current state of youth. Each youth leader gained a greater knowledge on how to avoid violence, drugs, alcohol and premarital sex, as well as listened to presentations on college/career prep and financial planning.

Summit Highlights:
John Walters, Director of The White House Office of National Drug Control Policy, spoke to youth leaders from around the country during a keynote luncheon address: “The Current State of Adolescent Drug Use.”

The Diamond Girl Recognition Ceremony included a solo performance by Diana and a poem reading by Shanice. Clarice gave a welcome address to upcoming 9th graders and Trisha and Clarice spoke about, “Why stay in Diamond Girls.” Diamond Girl essays were also read. Myquisha led the Goodbye to Seniors. The event also included a student dance and a performance by the Jazz Choir.

June 6, 2006
Newark Diamond Girl Recognition Ceremony
Newark, New Jersey – New Jersey Institute of Technology
The Diamond Girls of Newark, New Jersey came together to perform songs, poems, and step routines for friends and family at their School and Family Recognition Ceremony. The Mistress of Ceremonies, for the evening, was Miss Danielle Brown, former Best Friend and Diamond Girl. Diamond Girls and their family enjoyed a buffet dinner and listened to Newark Councilwoman at large Ms. Bessie Walker speak about sisterhood. The entertainment included a slideshow of this year’s Diamond Girl events, a poem written and read by Amma and recognition of all Diamond Girls and rising ninth graders. Scholarship award winners were recognized and the Creative Movement Dance Troupe did a Step and Dance routine. University High School girls put on a drama presentation.

May 12, 2006
Martinsville Recognition Ceremony
Martinsville, Virginia, Martinville Middle School
The program included two distinguished speakers: Latrice Mitchell, a former Martinsville Best Friend/Diamond Girl, and Nancy Redd, former Miss Virginia. Latrice was iint eh first Best Friends class at Martinsville Middle School. She was also in the first class of Diamond Girls to graduate from Martinsville High School. Currently, Latrice is studying Early Childhood Education at Patrick Henry Community College. She looks forward to completing her bachelor’s degree and teaching elementary education. Nancy Redd graduatd with honors from Harvard University in 2003. She majored in Women’s Studies. She was namded Miss Virginia in 2003 and went on to the top 10 at Miss America 2004. As an undergraduate Nancy was seleccted as one of Glamour Magazine’s Top 10 Colleg Women “most likely to succceed – at anything!”” She supports a number of charities including 4_H and Martinville’s local Free-Clinic. Recently, Redd became a spokesperson for the Dale Carnegie Institute’s newest book How to Win Friends and Influence People for teens.

The Recognition Program also included dance numbers from the 6th, 7th and 8th grade students. It concluded with all the girls singing the Best Friend theme song. Mentors were named in the program and honored. Supporters of this site include The Lucy Sale Foundation, Martinsville Virginia.

May 9, 2006
Indian River Recognition Ceremony
Indian River, Florida – Marsh Landing Restaurant, Fellsmere, Florida
This event was an awards luncheon for the Best Friends and Best Men of Indian River, Florida. Marcia Blackburn, local supporter of the program gave the Invocation Address. Dr. Martha McAdams, Principle of Sebastian Charter Jr. High School and Best Friends Program Director introduced Essay Contest Winners. The guest speaker was Ricki Klaus, a student from the University of Florida. Elayne Bennett was also on hand to make some remarks about this program. The event concluded with Best Friends and Best Men Awards, a performance by the 6th graders from Sebastian Jr. High School and a video presentation.

May 5, 2006
Charlotte Recognition Ceremony, NC
University of North Carolina at Charlotte, Halton Arena
This event was attended by 2000 people! 500 students had a part in the ceremony while supportive parents, families and mentors cheered them on. The Diamond Girl Jazz Choir performed classic American Jazz songs. 175 Best Friends girls performed the Best Friends Theme Song and Step Chant. The Best Men boys from three schools performed a step drill about the four quadrants of the Best Men shield. Over 100 8th